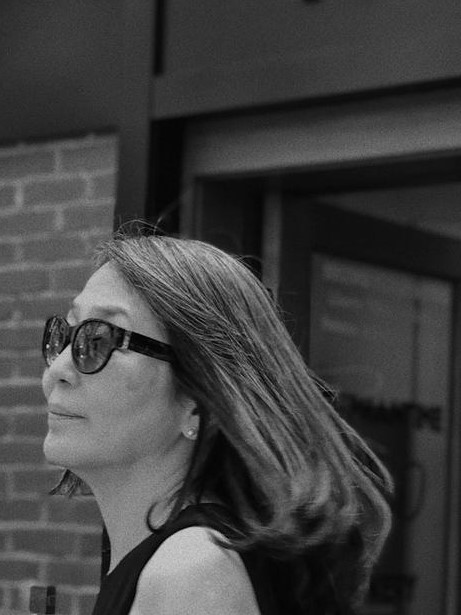 Prior to joining the University of Toronto, Lisa Yoneyama taught cultural studies and U.S.-Japan studies at University of California, San Diego (1992-2011), where she also served as Director of the Program for Japanese Studies (interim, 2008-09) and the Critical Gender Studies Program (2009-2011).

Yoneyama published four books on the politics of memory, violence, and justice. Her research interests focus on war and colonialism, gender and militarism, transnationalism, neo-colonialism, and nuclearism, as well as the Cold War and post-Cold War U.S. relations with Asia. Yoneyama was born in the United States and received her primary and secondary education in Kyoto, Japan.

Yoneyama’s first book, Hiroshima Traces: Time, Space and the Dialectics of Memory (University of California, 1999), examined the politics of remembering and forgetting the Japanese history of colonialism, the Asia-Pacific War and the atomic destruction of Hiroshima. Through the exploration of city space, nuclear ruins, survivors’ testimonials, and ethnic, colonial and gendered narratives around various memorial icons, including the Korean victims’ memorial and the monument dedicated to mothers and children, the book identifies ethno/nationalization, feminization, globalization and other cultural forces that come into play in the struggles over Hiroshima memories. Hiroshima Traces was translated and published in Japanese as Hiroshima kioku no poritikusu by Ozawa Hiroaki, et. Al. (Iwanami Shoten, 2005).

Her second single-authored book, Violence, War, Redress: The Politics of Multiculturalism (Boryoku senso, ridoresu: tabunkashugi no poritikusu) was published in Japanese from Iwanami Shoten, 2003. It includes a number of essays that appeared in such journals as Sekai, Shiso, and Gendai Shiso, among others, on multiculturalism, feminism, cultural studies, neo-nationalism and the conflicts over historical memories in the global culture wars.

As a member of a concerned citizens group, Media no Kiki o Uttaeru Shimin Nettowāku (Mekiki-net), Yoneyama co-published a volume for general readers titled Why was the Program Altered?: The “NHK-ETV incident” and Its Deep Truth (Bangumi wa naze kaizan sareta ka: “nhk/etv jiken” no shinsō) (Ichiyōsha, 2006). The hefty volume is an archive of the media censorship incident involving the NHK (Nihon Hōsō Kyōkai)’s educational program, “How Are Wars to be Adjudicated” (aired January 2001), in which Yoneyama participated as one of the studio commentators. The incident has been known as one of the most egregious censorship cases in the history of the modern Japanese media.

Yoneyama’s third single-authored book, Cold War Ruins: Transpacific Critique of American Justice and Japanese War Crimes (Duke University Press, 2016), considered the ongoing efforts to bring justice to the Japanese war crimes, the legacy of U.S. military occupation, and the failure of decolonization in the aftermath of World War II. It deployed a method of conjunctive transpacific critique to illuminate the radical challenges the post-1990s redress culture can potentially bring to the still problematic effects of the Cold War knowledge formations. Cold War Ruins received the Best Book Award for Humanities and Cultural Studies (Literary Studies) from the Association for Asian American Studies in 2018.

Yoneyama is currently working on her fifth book project titled Literature and Culture of Redress in the Nuclear Transpacific under the support of a SSHRC Insight Grant (2019-2023).